After a mob of greek fascists few weeks ago, an islamist mob attacks refugees in Lesvos.

Graphic video has emerged online showing a mob of baton-wielding Islamists attacking other Muslims in a refugee camp in Greece reportedly for not observing the Ramadan fast. Early unconfirmed Kurdish media reports claim 4 men were killed and many others injured as the group of attackers entered refugee tents with weapons Friday afternoon at a crowded camp in Moria on the eastern Aegean island of Lesbos.

However, initial Greek media reporting indicates authorities are refuting rumors of the deaths, instead only confirming large clashes between Arab and Kurdish asylum seekers which resulted in injuries and evacuations.

One Greek news broadcast showed seriously injured victims being carried out of the camp, while viral video of the attack itself appears to show up to three bloodied men lying motionless on the ground with attackers carrying large metal batons standing over them, which could suggest the early reports of fatalities are indeed accurate.

The UK-based Kurdish Solidarity Campaign said the men were brutally attacked by Islamists in the refugee camp specifically “for not observing Ramadan.” The Kurdish rights group identified at least three Kurds among the dead, while Iraq-based Kurdistan 24 identified a 60-year old man as among those brutally beaten,  his legs broken after being hit with metal bars.

Raman Ghavami, a freelance journalist and Jerusalem Post author, said the reports of deaths are accurate: “I was speaking to a member of EASO [the EU’s European Asylum Support Office] about the clashes in one of the refugees camps in Greece. She told me that ‘some radical Muslims attacked Kurdish refugees (from Syria) who weren’t fasting with knives and metal bars. Three Kurds have lost their lives and 22 have been injured.’”

Kurdistan 24 interviewed victims and eyewitnesses, many of them transported to medical clinics on the island:

Moro Tarbush, a Syrian Kurdish refugee living in the aforementioned camp said four of his countrymen were killed in the clashes.

“Syrian and Iraqi Arab refugees in the camp attacked Kurdish families driven by sectarian and ethnic hatred against the Kurds and killed four people. Among them were my cousins Izzat Tarbush and Kaniwar Tarbush as well as Ahmad and Kaniwar from Afrin,” he said.

Within the context of the Syrian war, Kurds are often maligned by anti-Assad Sunni militants as “aetheistic”, not only due to historic ethnic enmity, but because the dominant Kurdish political and paramilitary groups are secular and far-left leaning.

During the years-long refugee crisis there’s been a string of similarly gruesome attacks on Kurdish refugee populations across Europe. Last year a Syrian-Kurdish refugee in Oldenburg, Germany was stabbed to death for smoking a cigarette and refusing to observe Ramadan — the Islamic holy month during which practicing Muslims avoid eating, drinking liquids, and smoking in the daytime. And another major incident in Hamburg in 2014 resulted in riots breaking out as ISIS-sympathizers reportedly attacked a group of Kurdish protesters.

But unlike a number of prior migrant on migrant attacks in Europe, Friday’s Greek refugee camp incident was caught on video; however, early Kurdish media reports say Greek authorities failed to act as the Islamist mob descended on the tents. At least one attacker covered his face, but some of what appear to be the lead attackers are pictured visibly on the videos.

Middle East based Rudaw News reported “100s” of Arabs and Kurds involved in broader clashes in the camp — only a small snippet of which was caught on video, but denied that the wounded had actually died of their injuries. Early media reports continue to dispute whether or not 4 deaths resulted, though all confirm very serious injuries as a result of the violence.

In total over 60,000 migrants and asylum seekers attempting to make their way to northern Europe have been stuck in Greece after multiple European nations closed their doors, partly out of fears that accepting masses of unvetted migrants could include Islamists bent on violence and acts of terror.

Meanwhile, the New York Times reported this week that violent clashes between Greeks and migrants erupted as tensions continue to soar on Lesbos — the same island of Friday’s videotaped migrant-on-migrant Ramadan attack.

Clashes between locals and migrants began after this bizarre scene:

About 200 Afghans had been camped for several days in a central square of Mytilene, the main port city of Lesbos, to protest living conditions in the government-run camps and delays in processing their asylum applications. Lesbos is one of the areas most burdened by the refugee crisis; about 8,700 of the 60,000 migrants living in Greek camps are housed there.

The clashes involved chants of “burn them alive” by locals enraged at the presence of overcrowded camps on the island:

On Sunday, local residents gathered in Mytilene to object to the presence of the Afghans, a demonstration that escalated into violence. Some of the protesters pelted the migrants in the square with flares, firecrackers and stones broken off sidewalks, and some chanted “burn them alive,” according to local news media.

No doubt, Greece’s already tattered economy and dire unemployment will hasten both authorities and locals to take extreme measures in any further confrontations involving refugees and migrants  — which means things are certain to get worse before they get better. 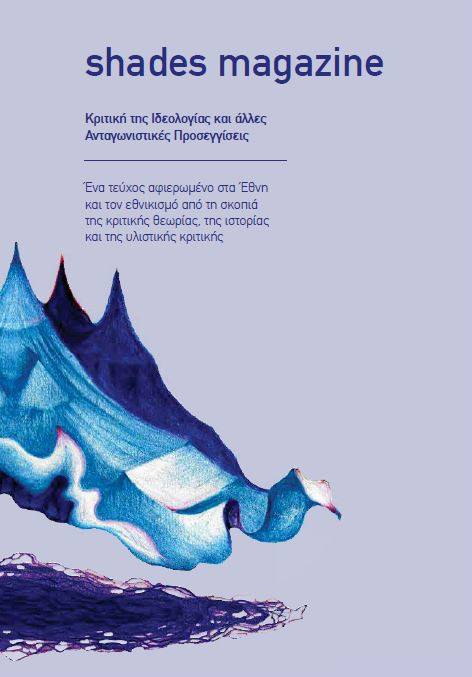